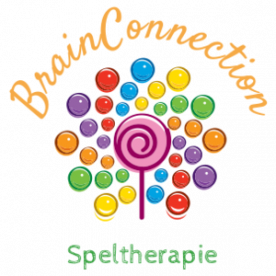 What is Play therapy?

Play therapy is a form of psychotherapy that uses play to assess, prevent, or treat psychosocial challenges. Although play therapy can be used with adults, it’s most commonly used with children between the ages of 3 and 12 years.

From the outside, play therapy looks like it's just about having fun with toys. However, research shows play therapy is effective in treating a variety of mental health issues and behavior disorders.

Why it is used

Children lack the cognitive and verbal skills to talk about some issues. Grief, for example, can be very complex and a child may have trouble putting their thoughts and feelings into words.

Play can be a hands-on way for children to work on issues that are distressing to them. They can act out scenes, address specific problems, or create characters who share their emotions.

Children often act out their feelings with toys. A child who has lost a loved one may use puppets to portray a sad character who misses a friend. Or, a child who has witnessed domestic violence may use a dollhouse to depict a child hiding under the bed because the adults are fighting.

It can also be used to treat mental illness or behavioral problems. Here are some of the most common issues addressed in play therapy:

BrainConnection has a dedicated play therapy room that is filled with items that help with the therapeutic process. Some common play therapy toys include:

The Neuroscience behind the importance of play

Though play is often regarded simply as a way for individuals, particularly children, to relax, scientific research has proven that play is a crucial factor in healthy child development. Studies show that newborn babies possess billions of brain cells; however, these young cells lack the complex neural interconnectivity that is characteristic of a mature, fully-functional human brain. Neuroscience has revealed that the majority of the brain’s growth takes place within the first five years of a child’s life, and the act of play contributes significantly toward the development of interconnections between neurons. These neural links play a major role in key areas of the child’s life, such as learning, social development, emotional development, and memory.

Play is considered to be especially important for the healthy development of children who have experienced stressful events or past trauma. While the effects of trauma tend to reside in the nonverbal areas of the brain—the hippocampus, amygdala, thalamus, and brain stem—a person’s capacity to communicate and process adverse issues resides in the brain’s frontal lobes. As a result, children affected by trauma may find it difficult to let other people know that they need help. The physical and role-playing activities associated with play therapy have proven instrumental in helping to move traumatic memories and sensations from the nonverbal brain areas to the frontal lobes.

How does Play Therapy work?

When children are experiencing adverse personal issues they will often act out or engage in inappropriate behavior. Parents may be eager to help but may find it difficult or impossible to offer effective aid if a child is unable or unwilling to discuss the problem. Play therapy is thought to be one of the most beneficial means of helping children who are experiencing emotional or behavioral challenges. Though the approach may benefit people of all ages, it is specially designed to treat children under 12. A typical session may last for 30-45 minutes and may be conducted with one child only or in groups.

During treatment, the therapist creates a comfortable, safe environment in which the child is allowed to play with as few limits as possible. This counseling space is often referred to as a playroom, and it comes equipped with a selection of specifically chosen toys that are meant to encourage the child to express his or her feelings and develop healthier behaviors. The child’s interactions with these toys essentially serve as the child’s symbolic words. This allows the therapist to learn about specific thoughts and emotions that a child may find difficult or impossible to express verbally.

At first children in therapy are generally allowed to play as they wish. As treatment progresses, the therapist may begin to introduce specific items or play activities which are related to the issues the child is facing. Play therapy may benefit the child in a variety of ways such as encouraging creativity, promoting healing from traumatic events, facilitating the expression of emotions, encouraging the development of positive decision-making skills, introducing new ways of thinking and behaving, learning problem-solving skills, developing better social skills, and facilitating the communication of personal problems or concerns.

Play therapy may be nondirective or directive. Nondirective play therapy is grounded in the idea that if allowed optimal therapeutic conditions and the freedom to play, children in therapy will be able to resolve issues on their own. This approach is viewed as non-intrusive since there is minimal instruction from the therapist regarding how a child should engage in play. Directed play therapy involves much greater input from the therapist and is based on the belief that faster therapeutic results may be obtained than in nondirective play therapy sessions.